One of my favorite things about reading a good book? Telling other people about it! There’s nothing better than chatting up your favorite read (or listen) with others. I’ve heaped praises upon praises for Andy Weir’s The Martian; it’s one of the few books I’ve loved that Scott has as well. It’s one of my go-to recommendations right now because the protagonist is instantly likable, the writing is engaging (even if the topic seems beyond dull, like nitrogen levels), and the stakes are literally life-and-death.

Maybe it’s just me, but there’s something pretty awesome about sharing a book you enjoyed and having that person love it, too. Social media opens up more avenues for bibliophiles to connect with each other and discover new favorites. I recently chatted with a new Instagram friend about Between the World and Me and Missoula. We talked uncomfortable reads and shared favorite Krakauer books, as well as books the other hadn’t encountered yet.

Call me crazy, but being able to share the literary love is a wonderful pay-it-forward joy of reading experience that I’ll always appreciate.

Thanks for reading! What are ways you share your love of reading?

I love Mystery Science Theater 3000 (MST3K). It’s been a favorite since I was a little kid; growing up, I lived for a free Saturday morning and a good episode on Sci-Fi (as it was known in my day; #notmysyfy). There’s something about a so-bad-it’s-good movie that I find entertaining. I have been known to sit and watch movies – more than once – that are terrible because they’re so awful they’ve warped into sheer silly entertainment. I’m looking at you, Along Came Polly. Even now I’m obsessed with the podcast How Did This Get Made? because it’s a podcast version of “MST3K lite.” Just listen to the Batman & Robin ep.

I’ve read some disappointing books this year. Some didn’t live up to my expectations, but a couple  were also just so bad I kept reading for the WTF of it all. 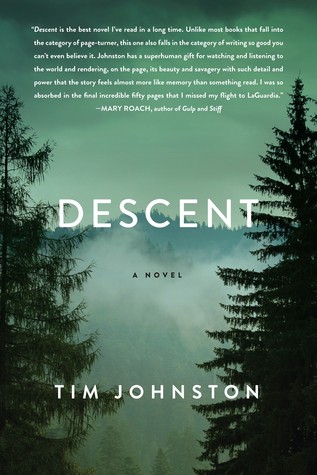 Okay, this is a little awkward. My fav indie bookstore is hosting their first book club event and the inaugural read is Descent by Tim Johnston.

Which I’ve already read. Or hate read, because I got about halfway through and realized how little I enjoyed the book and was too far in to give up completely.

It’s not that there aren’t redeeming qualities to the book – the beginning and ending are so captivating, but the middle was so meh. The pacing felt off so some scenes were bloated while others sagged.

And hey, the descriptions of the mountains are phenomenal. I would read an entire book of setting descriptions by Tim Johnston . For reals.

What pushes Descent over the edge is the memory of lying in bed and being furious at the book. Just furious that I didn’t like it but didn’t want to stop reading it, and angrily turning pages until I got to a part I liked. It’s that sick, misery-driven need to keep trekking on.

Of course, that doesn’t compare to The Dead Lands by Benjamin Percy. 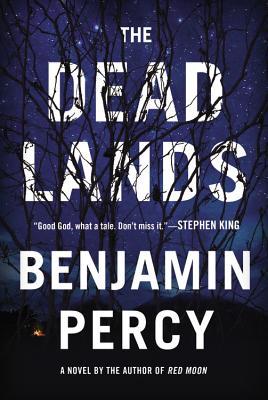 Look, I loved Red Moon. I was pumped for this book to come out! Hell, I tweeted like mad about the first half of this book during a readathon. But oh man, this book fell from grace hard.

Is there a MST3K for books? Oh god, does someone want to do that with me? Because dang, this book would be up there.

Percy’s terrific at turning a phrase. I love how he crafts sentences and strings words together. It’s beautiful. Even transcendent at times. But for me, the book failed on a much bigger scale: plot points and turns that seemed odd or bonkers. Character shifts that came out of left field. A final scene that had me chuckling over its campiness.

But you know what? As much as I didn’t enjoy the plot…or most of the characters halfway through…or that effing last few pages…I love this book for being so off-the-rails, for allowing Percy to take risks without any fear of restraint.

Thanks for reading! What are your favorite bad (or so-bad-they’re-good) reads?