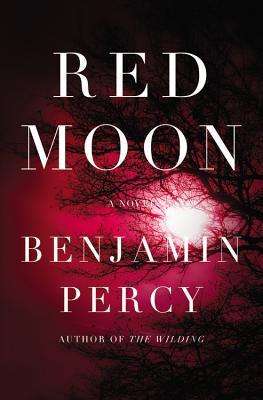 Goodreads Synopsis:
They live among us.

They are our neighbors, our mothers, our lovers.

When government agents kick down Claire Forrester’s front door and murder her parents, Claire realizes just how different she is. Patrick Gamble was nothing special until the day he got on a plane and hours later stepped off it, the only passenger left alive, a hero. Chase Williams has sworn to protect the people of the United States from the menace in their midst, but he is becoming the very thing he has promised to destroy. So far, the threat has been controlled by laws and violence and drugs. But the night of the red moon is coming, when an unrecognizable world will emerge…and the battle for humanity will begin.

My Review:
Red Moon is a great entry into the literary/mainstream horror craze. It’s Justin Cronin’s The Passage mixed with Glen Duncan’s The Last Werewolf. Each chapter ratchets up the action, with characters who are sympathetic (or perhaps just pathetic). I have a deep appreciation for authors who craft suspenseful books, and there were so many tense elements and moments that I sped through it. It also offered a few twists that I didn’t see coming, but fit well with the plot and character traits. Too often I find twists obvious or illogical. This was the first book in a while where I felt the characters had agency and weren’t just moving along, being orchestrated into certain scenarios. I’m eager to read more of his work.

4 thoughts on “Go Read This! | Red Moon by Benjamin Percy”